BetatHome is one of the betting companies which were initiated in the year of 1999 by Jochen Dickinger and Franz Ömer in Wels (Austria).

It is spread out in the countries like Germany, Austria, Malta and Gibraltar. Since it had its Malta, it could achieve licenses and start the different forms of betting.

Later in the year 2011, it spread its wings in Italy and in 2012 when Schleswig-Holstein allowed BetatHome went ahead and strengthened its position in the field of online betting segment.

In 2014 when it attained the license the commission of gambling it went ahead to have a set up for online gaming activities in Great Britain.

Bet at home initiated in the year 1999 and went on to be an online betting site which originally concentrated on the betting activity in various sporting activities.

A month or two after the launching of the company they went ahead to support the betting enthusiasts catering to the live score of the matches and this was done online.

A new website was initiated, and the company saw a re-launch again in the year 2002. It brought in online casinos by the end of the year 2005. 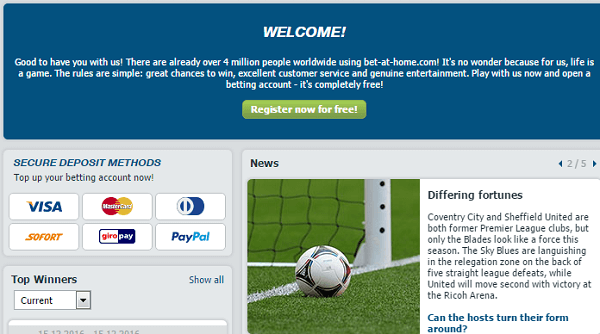 The whole site was customized, and the company introduced the poker game on the online site. With this, the company BetatHome came up with a variety of online games by the year 2009.

Amidst of all these, there was a huge investment in the company which brought them into the limelight of the stock exchange with the record of having a chunk of investors.

The Company Bet at Home initially started off with the book of sports which became their nucleus business area.

In the year 2015 they have come up with various events which include more than seven sporting activities and they have initiated a swarm of people to follow their site for the online gambling activity. This has inculcated in huge revenue for their company.

The Company acquired the Maltese license and emerged as a prominent name in the various online casino activities.

Though they have come into this field much later till 2005 still are doing exceedingly well, and this has become at the second revenue generation stream.

Online poker is a very popular and can be enjoyed with more than one player. Since the company has special derivative for the game players are enjoying it.

The best part is that they now have access to the online game while they are sitting at home. The technologies have added special software which is being added to the phones, and that makes the online poker games more coveted.

Every possible sports activity either it is football, cricket, tennis, baseball are included in the online betting activity.

It is noticeable that the company has earned handsome revenue from all the games which include all the areas from online casinos, pokers, other gaming activities. The amount was lucrative. 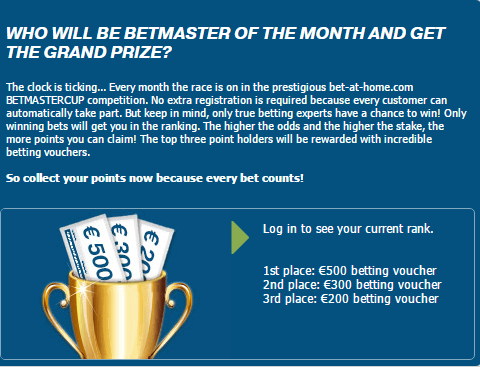 So, to make the online game more and more popular the bookies or the betting companies are coming up with various lucrative offers. Itself gambling has deep rooted the history of mankind.

The betting companies are just pampering the wish to take a risk with proper guidance by them. Since they believe that people are there to spend money, however, it is unethical to misguide them for their monetary gain.

Hence the various predictions and tips are constantly fed to the players so that they are satisfied. The game is made even more enchanting with the customized sites of the betting companies.